If you’re thinking of taking a trip to Kissimmee, Osceola County seat, to catch some pre-season baseball or if you’re just looking for somewhere close to the theme Parks, then this is the city to head off to. And BusRental is the only company to call for all your transportation needs. You could fit the whole office of up to 60 people into one of our charter coaches or travel in comfort and style with your family in one of our mini buses that seat between 15 and 30 people. With a reliable and easy online portal for reservations as well as highly trained staff a call away, there is no better charter company to help you with all your transport needs. You plan your vacation and let BusRental.net get you to your destination safely, in comfort and in style. 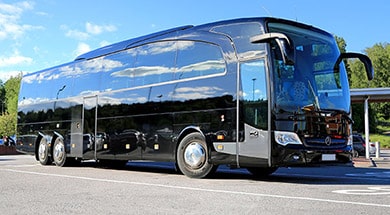 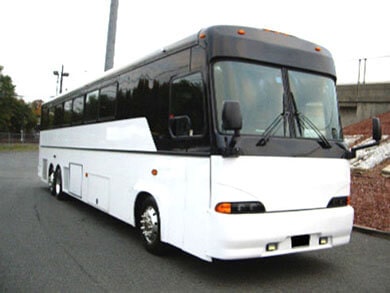 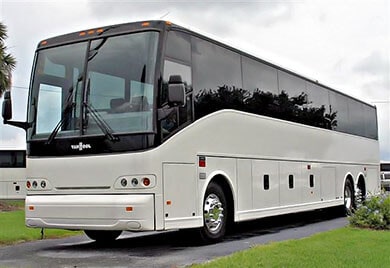 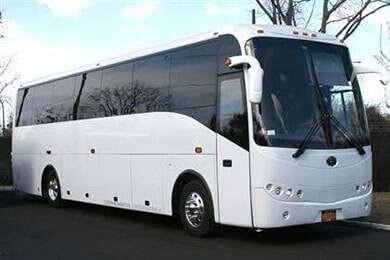 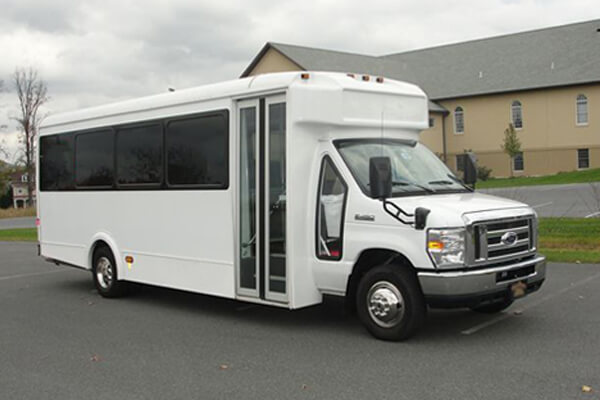 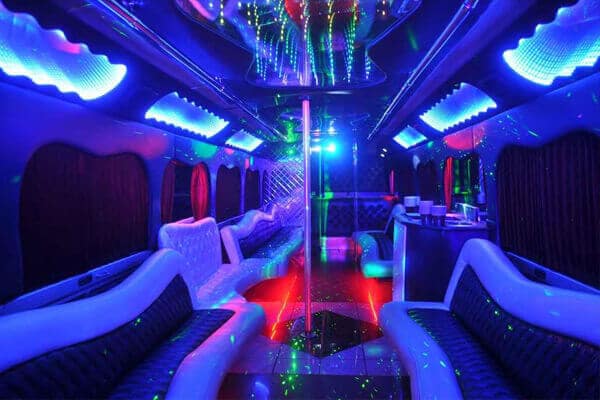 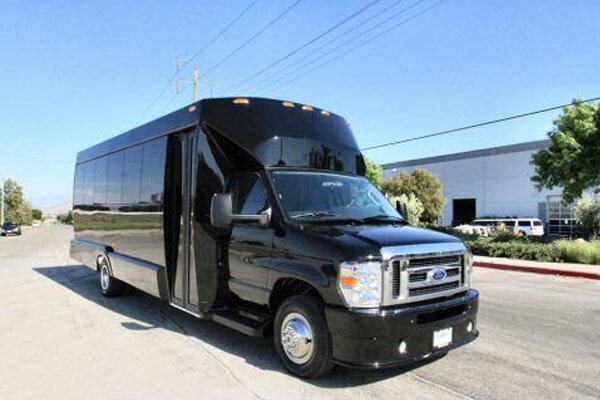 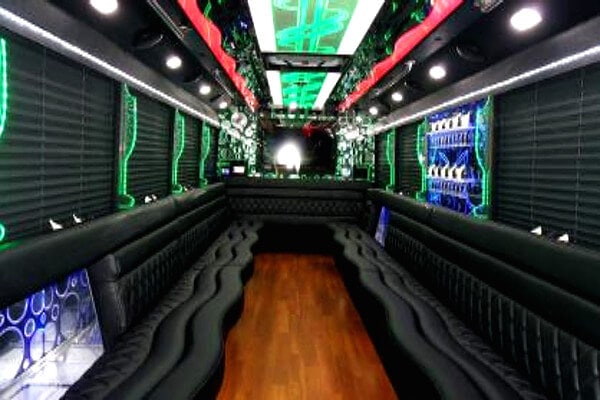 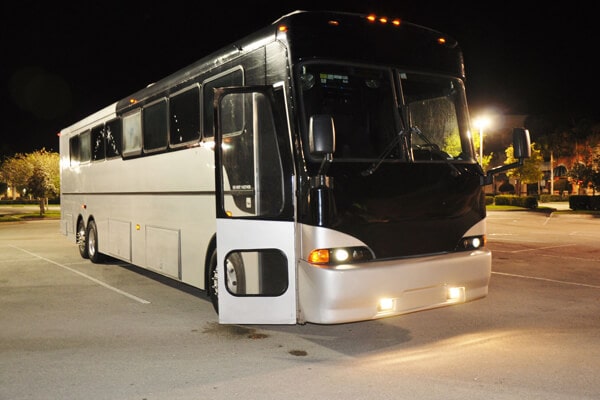 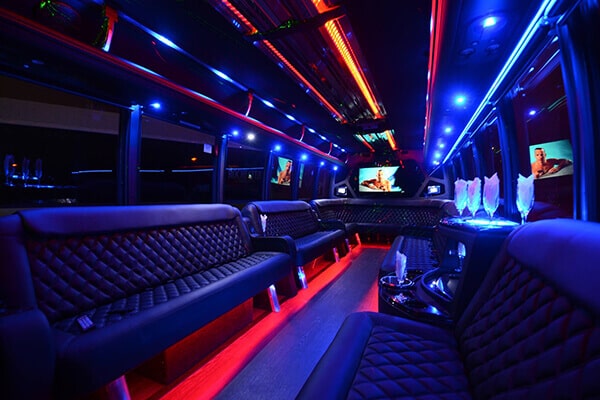 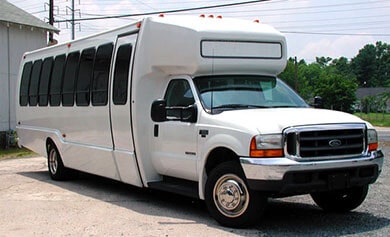 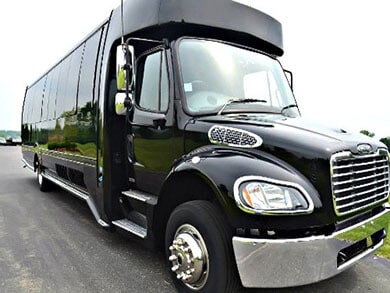 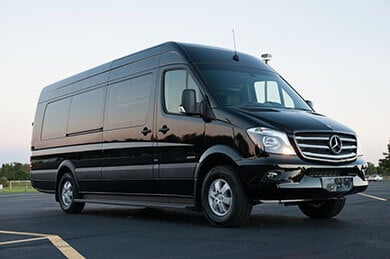 Things to do in Kissimmee, FL

And with that, Walt Disney World is definitely the number one attraction in the area. With four theme parks and two water parks, this is by far the most fun to be had in the area. Head off to the Magic Kingdom to visit with Mickey, Minnie and the gang and stay for the incredible fireworks and light show on the Magic Castle walls. Zoom through the galaxy, brave a haunted mansion and head off to the high seas for a pirate experience. Whatever your choice, the Magic Kingdom is the most magical place for kids of all ages. Animal Kingdom up the road is the place to meet all your favourite Disney animal characters. Fly through the skies on the back of a mountain Banshee in Pandora or cruise the Na’vi river through a bioluminescent forest and end it all off with a festival of the Lion King. Epcot centre and Hollywood studios round out the Theme parks with attractions, rides and more. For some wet fun, head off to Typhoon Lagoon or Blizzard Water Park for some super slides, wave pools and lazy river fun to keep the whole family entertained.

If Harry Potter is more your thing, Universal Studios is yet another local attraction. Head off to Platform 9 to access Diagon Alley where you can shop for everything from wands to butter beer. Sample earwax flavored jelly beans or chocolate frogs as you stroll through the alley ways. Then take a trip on Hagrid’s motorbike or the Hogwart’s express. This is where it goes down. And up. And down again. There are Superheroes in the Marvel section, Magical creatures and even dinosaurs who are apparently not so extinct after all. Take a ride, take multiple rides. Some will drench you. Some will just mess up your hair. Some will make your head spin. All of them will leave you wanting more. Universal has three theme parks to make the choices even more difficult. Go to one or hit all three in succession. Either way, you will be entertained all day.

If a walk on the wildside is more your thing, a visit to Gatorland, a 110-acre theme park and wildlife preserve is worth a visit. It was founded 71 years ago by Owen Godwin on former cattle land in 1949, and is privately owned by his family. Billed as the "Alligator Capital of the World," Gatorland features thousands of alligators and crocodiles, and many other animals. Attractions include a breeding marsh with a boardwalk and observation tower, the alligator zip lines, an off-road swamp vehicle tour, a ridable miniature railroad, feeding shows, alligator wrestling shows, an aviary, a petting zoo, and educational programs. The breeding marsh area of the park was used in the filming of the 1984 movie Indiana Jones and the Temple of Doom. The park is known for buying and rescuing nuisance alligators from trappers that would otherwise be killed for their meat and skin. Visitors can see hundreds of alligators in their natural habit and marvel at the sheer size of these Jurassic reptiles. There isn’t a better place to see alligators and crocodiles of all sizes, from babies, also known as grunts, to the 14-foot monsters that call the Breeding Marsh home. The park even has the largest collection of extremely rare white leucistic alligators.

Have a sweet tooth? Then the Chocolate museum is the place to be. Go on a tour through the tropical rainforest to learn a little more about cacao and go back in time to find out the origins of chocolate and its rich history. See some of the world’s most recognizable landmarks sculpted in solid chocolate while learning how the candy is made. End the tour in the tasting room where you get to sample different types of chocolate. The infused chocolate is incredible and they have varieties such as 42% chocolate with bits of bacon and black salt, or Chili and caramel. End off with a chocolate latte from the restaurant and you have had the perfect, sweet afternoon.

Farm to table ingredients are the highlight of the ever changing menu at Eleven, named the region’s Best Kept Secret in the 2015 Orlando Magazine Dining Awards. Eleven is a stunning steakhouse on the 11th floor of premier Kissimmee hotel, the Reunion Resort. Alongside fancy starters like Yuengling-battered lobster tail with caramelized onion syrup and Applewood bacon or French onion and shallot soup, Eleven’s mouth-watering mains include 12 ounce prime New York strip steak, Mongolian-style hoisin lamb chops and pan-seared salmon with cucumber slaw and key lime butter. Be sure to save room for dessert. You won’t want to miss the Brown Butter Bread Pudding with whiskey glaze or the Peanut Butter Macadamia Chocolate Torte. Eleven also offers an incredible selection of dessert martinis and signature cocktails. After dinner, head out to the rooftop patio bar to take in the stunning views and enjoy the nightly fireworks display.

Haiti-born, Florida-raised chef Pouchon Savion opened Savion’s Place in late 2012 and the restaurant has become one of downtown Kissimmee’s most popular haunts, with its unique mix of Caribbean island-inspired fare and modern American flavors. Just last year, Savion’s Place was featured on the Cooking Channel show Emeril’s Florida where Chef Savion cooked up some of his restaurant’s signature dishes including jambalaya – a lightly-spiced version based on his grandmother’s tried-and-tested recipe. Other standout dishes include the tostones bowls (fried plantain bowls stuffed with prawns and pulled pork) and the pork ribeye with sweet potato mash and fresh green beans. Chef Savion’s combination of island zest and modern American flavors make this a return to restaurant!

Serving delicious food since opening in 2009, King O Falafel is the place to go in Kissimmee for authentic, affordable Middle Eastern and Mediterranean fare. This casual, modern restaurant is run by owner and chef Jamal Blan and is a hidden gem among Central Florida’s long list of chain restaurants. It is definitely a break from the dining norm with delicacies such as hummus, baba ghanouj, kibbeh (cracked wheat stuffed with onions, beef and spices) and, of course, falafel, while bigger dishes include gyros, kabobs, chicken tikka and gamberi. King O Falafel is reasonably priced, clean, casual, friendly – and everything is fresh-made. And if you're only in town to visit, you'll be sorry this locally owned venue is so far from where you live. From the spinach pie to the lentil soup to the baklava, this is indeed a monarchy of flavor, whether meat laden or all-veggie, all the time.

This area was originally named Allendale, after Confederate Major J. H. Allen who operated the first cargo steamboat, named the Mary Belle, along the Kissimmee River. The area’s growth is due to Hamilton Disston of Philadelphia, who made a deal with the State of Florida to drain it’s southern lands in return he would own half of all the land he successfully drained. This deal made Disston the largest single landowner in the United States. Disston based his drainage company in Kissimmee where all the steamboats were built and where all the workforce for his project were based. When the dredging was over, cattle ranching became the biggest industry until 1971 when Walt Disney World was built nearby and tourism became the largest industry. Today Kissimmee is a thriving city with Walt Disney World being the second largest employee in the city.

Whatever your reason for visiting the city of Kissimmee, the best and only way to get around is by BusRental.net charter. Go online, make a reservation and get collected in one of our luxury coaches, buses or minibuses. Whether you have a party of 15 or 60, BusRental has the vehicle to suit your needs. Give us a call and let us take the hassle out of your trip.

Top tips for renting a charter bus in Kissimmee

FAQs About Renting a charter bus in Kissimmee

How much does it cost to rent a charter bus in Kissimmee?

How many people can you fit in a charter bus?

How much do you tip a charter bus driver?

What to do in a charter bus in Kissimmee?

Kissimmee is filled with fun activites and attractions that cater to everyones needs! From beautiful beaches to salsa dancing, and clubing on South Beach.

How to rent a charter bus?

BusRental USA makes it easy to book a charter bus in Kissimmee. Once you know how many passengers and the destination you can call us and we'll handle your reservations from start to finish.

Where can you take a charter bus?

A charter bus can be taken anywhere you like. Typically charter buses are used for large party sizes, it is a safe and reliable method of transportion for you family and friends.

Busrental.net proudly services most major major markets and cities across the United States. Browse our wide variety of rental vehicles available in the following cities: San Diego, Sacramento, and Warren.